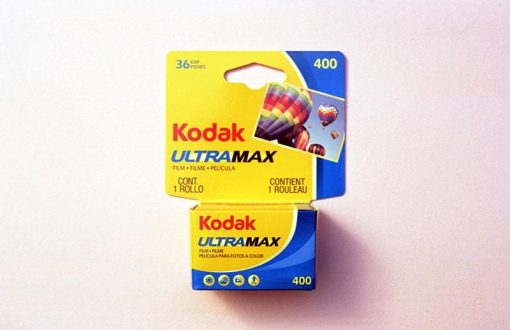 Kodak Gold has always been a solid, inexpensive option for good quality colour photos. This is the Ultramax version (which is how they designate the ISO 400 version), so it’s more versatile as far as lighting goes as the plain Kodak Gold 200.

This is a classic film, and millions of birthday parties, family reunions and vacations have been captured with Kodak Gold. It’s a great film, and many photographers love Ultramax as a cheap, shoot-anything film, and often have a few rolls sitting around just in case they need them.

What Kodak says about this film:

Kodak’s GC/UltraMax 400 is a high-speed daylight-balanced color negative film offering a wide exposure latitude for greater versatility, as well as a fine grain structure with consistent and accurate colors. Optimized skin tone reproduction makes this film suitable for portraiture while a vibrant overall color palette benefits general and outdoor photography. It has a nominal sensitivity of ISO 400/27° and is well-suited to both scanning and enlarging applications.