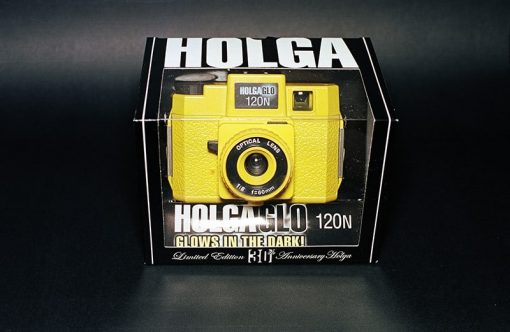 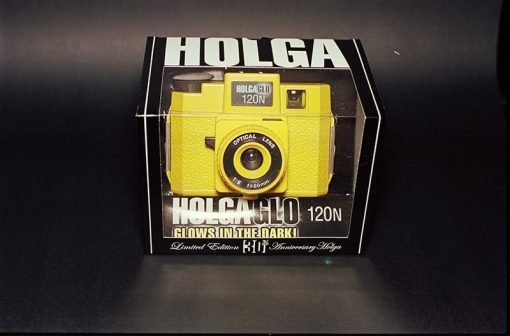 This is a traditional Holga camera, with a twist: This 30th Anniversary Limited Edition glows in the dark!

Once we have photos up, you’ll see that in normal light, this looks just like a regular Holga, except it’s yellow. It’s a medium yellow colour (not neon), and I don’t think many people would guess it glows in the dark, but it does.

These models are now discontinued, and new Holgas in general have gone out of production for now (but apparently a new company will be making them again).